Vying for the attentions of the North’s army of young professionals, one Yorkshire city is turning to its past to build for its future, resurrecting iconic architecture such as the former Odeon cinema and Conditioning House Bradford.

SIGN UP FOR NEWS ALERTS
With a population of more than half a million and an economy worth in excess of £10 billion, Bradford is emerging as one of the North’s newest commercial powerhouses, acting as the home to FTSE 100 companies such as Morrisons, Provident Financial and Yorkshire Water.
Yet, Bradford has ambitions to grow even further.
A city forged in the late Victorian Era, Bradford’s exceptional industrial pedigree and active workforce formed a hub of activity that helped to power the nation at the turn of century – and with it, created stunning architectural gems throughout the city.
However, as the focus of Bradford’s businesses shifted towards the tertiary industries throughout the 20th century, many of these exceptional buildings fell into disuse and disrepair.
Now, armed with a £75 million fund to restore the city’s forgotten gems, Bradford is reclaiming these forgotten icons. 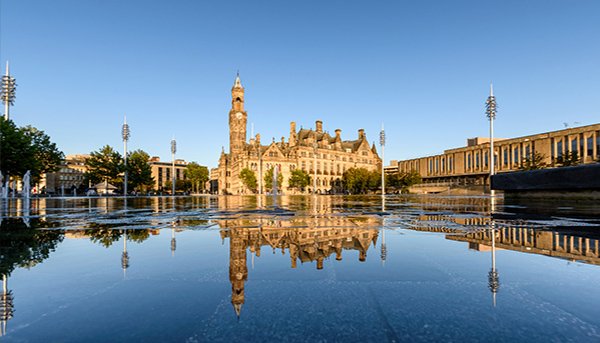 Led by the local authority’s executive group, the City Council is identifying historic buildings which can be repurposed and refreshed to offer something new to the local community.
Assisted by local developers, buildings such as Conditioning House are finding new leases of life, with this former textile quality checking plant becoming the city’s latest high end residential development, offering 133 new apartments as well as Grade A office space.
The site is one of many that will help Bradford utilise its past to help shape its future, as the city aims to become one of the North’s brightest and best.