Demand for hotel rooms in York has remained at excellent levels despite the economic downturn, with the city ranking second in a league of occupancy rates for 2011, compiled by industry analyst STR Global.

STR's annual report looked at data from 2,700 hotels in 51 cities across the country. The highest occupancy levels, unsurprisingly, was achieved at Heathrow Airport with 82.7%; followed by Edinburgh and York, both reaching 80.1%, which was cause for celebration for tourism bosses in the city. 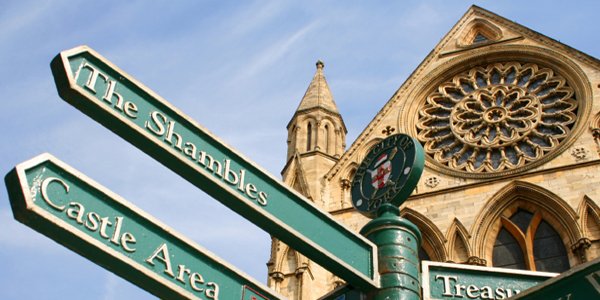 Gillian Cruddas, Chief Executive of Visit York, cited investment in many of the city's main attractions, as reason for York's success.

Mrs Cruddas said: “This is fantastic news for York’s economy and tourism businesses in the city. In the summer months we saw the biggest month-on-month gains for over five years, with visits to attractions up more than 4% year-on-year and room occupancy reaching 88% during July to September, the best results we have seen in five years. Average room rates during the summer were also 2% higher than for the same period of 2010, at £84.48 as opposed to £82.68 per year.

“Our message that York is a world class, must-see tourism destination is reaching out far and wide."

"2012 looks to build upon this success as the city celebrates its 800th anniversary year.”

The Tulip Inn at Burn Hall, on the outskirts of York, offers 94 rooms and is ideally located to benefit from this investment, with good levels of occupancy and room rates. It offers immediate returns at excellent rates. Non status finance of 50% enables purchasers to invest in this project from just £25,000.